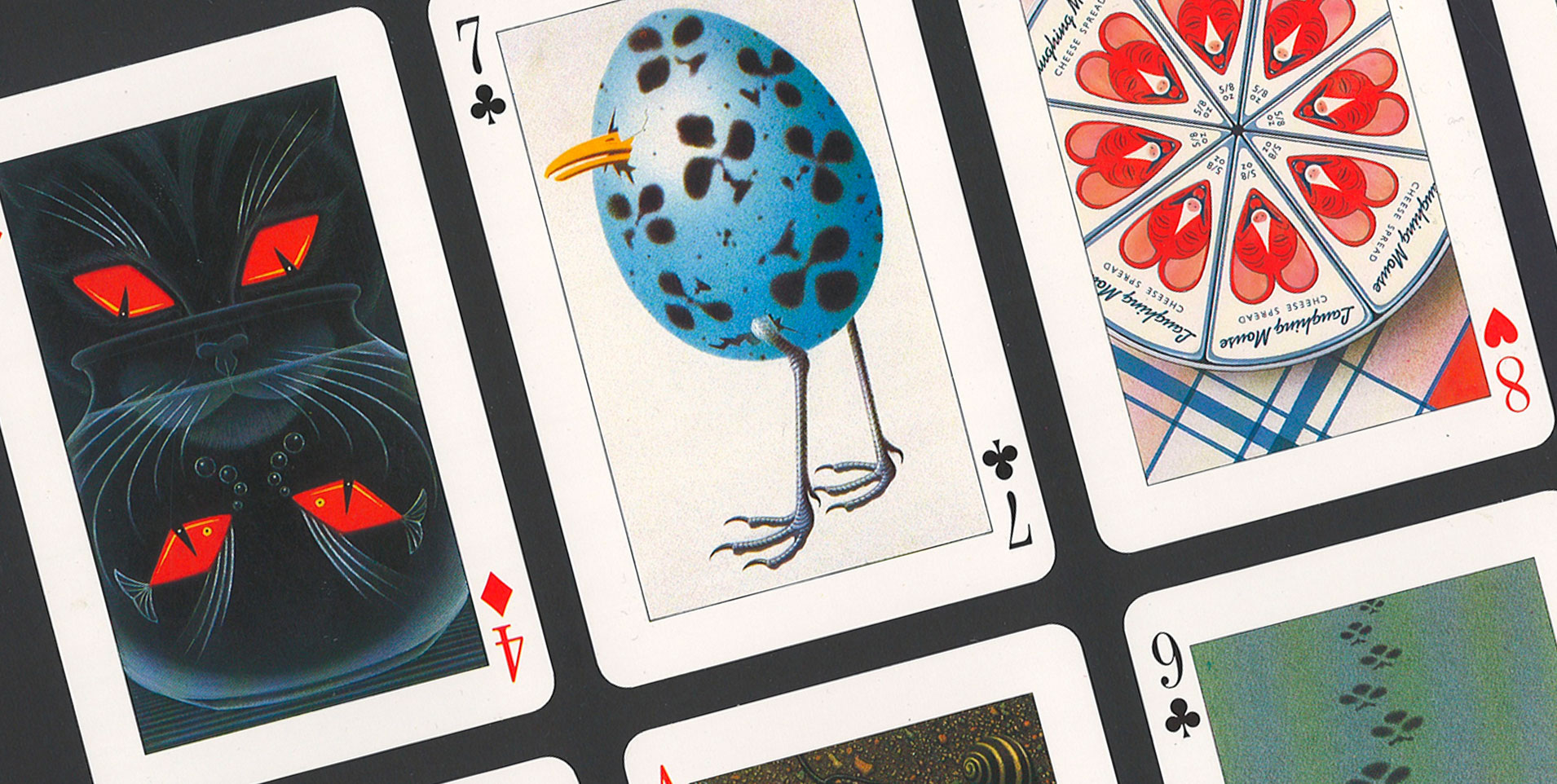 Posted at 04:17h in winning design by Kristin Lawton

When Artists make their own rules, they stand out from the crowd. That’s why we can’t get enough of transformation cards which are unlike any traditional playing card deck you’ve seen. In a transformation playing card deck, an artist tells a story with each card. The pips (the small symbols on the front of the card that determine the suite of card and its rank) come alive and interact in a scene through beautiful illustrations and works of art.

Transformation decks have been around since the early 1800s, with the first one printed in the US in 1876 (you can get a reproduction here). However, in the last decade, we’ve seen a resurgence in these cards, coinciding with the popularity of Kickstarter, making it easy for graphic designers to bring their creations to print. These transformation decks are showing us anything is possible with a little imagination (and a ton of creative talent):

The Pipmen Playing Cards from the land down under are such a delight. The Pipmen (a combination of stickmen and pips in playing cards) have invaded a deck of cards. Each card has a unique scene with the Pipmen working hard to bring the card to life.

A Card a Week

With every element on each card meticulously hand-cut out of paper, it took Emanuel Jose a week to do a single card. The Curator deck, with scissors as the logo, creates fun vignettes on every card.

Dealing a Work of Art

A huge piece of art, The BOSCH deck, is so much more than a set of playing cards. Inspired by the first surrealist painter, Hieronymus Bosch, these cards from the Guru Playing Card Company, take you into a fantastical universe full of strange characters.

Playing Arts first collaborative artist project, called “Creative Cards” at the time, but now renamed and reimagined as Edition Zero, exceeds the limits of what transformation cards can do. Every card in the deck is designed by a different artist across the world. And now using augmented reality and a mobile app, these illustrations come literally come to life.

Emanuel Jose does it again with this paper-cut deck dedicated to birds. Clipped Wings explores the world of birds, depicting many actual species of birds and range from realistic to fantasy. Go bird watching as you play. Spot the dodo bird as Jokers or Emanuel’s favorite, the Myna bird, as the Ace of Spades.

A Deck to Marvel At

We can’t wrap up without featuring The Keys of the Kingdom deck by Tony Meeuwisse created in the 1980s. While strictly speaking, not a true transitional card deck because the pips aren’t in their conventional positions, the artistry in the images is simply beautiful.

I don’t know about you, but we are in awe of the creativity in these transformation decks. Inspired to create a deck of your own? We can help you get in the game!